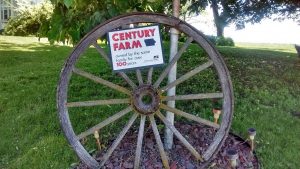 I grew up on a 300 acre farm in Southern Iowa during a period in which our nation was at war. Times may have been difficult, but Sis and I didn’t know it.  The country life seemed to protect us from the world.   We didn’t want for much and created our own entertainment. Soda pop was our reward for being good kids, so once in a while Sis and I would slide the pitcher of sweet tea aside and share a bottle of pop. 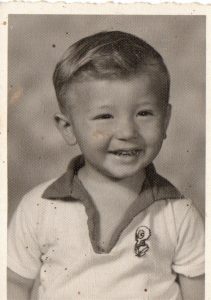 My mother says that I began drawing cartoon characters on my toy box at age 4.  A few years later, I started drawing cartoons and selling them to the kids on the school bus for nickels and dimes.  When our farm chores were done Sis and I would walk two miles to town and spend the cartoon money on orange pop and Chick-O-Sticks. I had enough cartoon money for us to each have our own bottle of pop.

I was an average student, however, there were times I was scolded for doodling on my homework. “He needs to focus more!” my teachers would say. I was voted class clown by my peers and I turned down an art scholarship in 1978, I thought I would work and eventually farm. Under my picture it read: “What are your future plans?” My answer was, “Undecided.” I was successful with my plans, I am still “Undecided.” My first cartoon was published in a local paper in 1993. I traded one cartoon per week for a subscription to the paper. Soon I was drawing for 3 papers and 1 magazine. The mailbox was always full of newspapers. In 1995, Farm News out of Fort Dodge contacted me and offered me a position as their editorial cartoonist. They were delighted to find a farmer who could draw cartoons. 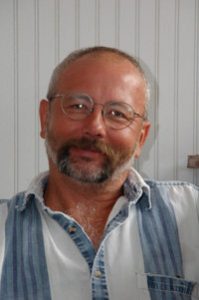 21 (twenty-one) years later, the publication cut me loose for offending Big AG Biz. The voice of many could not be ignored and I was soon reinstated and now I am drawing on many toy boxes. I am optimistic and hope that someday I will be remembered as “Author Unknown.”